Sales of pre-owned homes in February were reported along with weekly readings on mortgage rates and new jobless claims.

Home builders continued to face obstacles including high materials costs and lack of buildable lots and labor. Analysts said builders focused on building larger homes, which were not affordable for many prospective buyers.

Monetary policymakers reversed course on raising the target range for federal funds and voted not to raise the current rate range of 2.25 to 2.50 percent. FOMC members cited global economic concerns including Brexit and wavering economic conditions in China.

While the U.S. Labor sector was strong with ongoing jobs and wage growth and low national unemployment, FOMC members said that the Fed could be “patient” about raising rates and did not expect to raise rates in 2019. Slowing economic growth and inflation were reasons for holding interest rates steady.

The National Association of Realtors® reported 5.50 million sales of pre-owned homes on a seasonally-adjusted annual basis. February sales reading fell short of 5.12 million sales expected but were higher than the rate of 4.93 million sales in January. 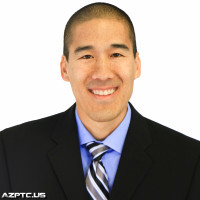